King Silence the Pit Bull mix visited us in Pittsburg

King Silence the Pit Bull mix visited us in Pittsburg

Many more pics of many more pets and their humans at http://facebook.com/dogandcatshots

Here’s a picture from our Pittsburgh clinic of a mixed Pitbull and his happy attendant human. King Silence, as he is known, is a mixed Staffordshire Terrier and Bull Terrier which are two very closely related breeds dating to about the same time and place. Dating back to the early 1800s, breeders in England began to cross the original Old English Bulldog (now extinct) with the English Terrier with the intent of producing a multi-purpose dog which could serve as an effective vermin controller and also be a more agile blood sport fighter. These poorly refined dogs were known as ‘Bull and Terrier’ dogs and were fairly difficult to handle. Eventually these ‘Bull and Terriers’ were refined into the Staffordshire Bull Terrier we know today as ‘Pit Bull’ In addition, in the mid 19th century some Bull and Terrier dogs were bred with the Dalmatian to produce a white Bull Terrier which was eventually crossed with the English White Terrier to produce the dog we know today as the English Bull Terrier. Thus the Bull Terrier followed the Pitbulls by a few hundred years and was bred for a different appearance and most important, the Bull Terrier was bred for a more moderate temperament than that of the the Pitbull. In any case, King Silence is off to a good and loving start and with good training and proper socialization we expect him to bring his human many years of happy companionship. – Geoffrey Antipa http://dogandcatshots.com 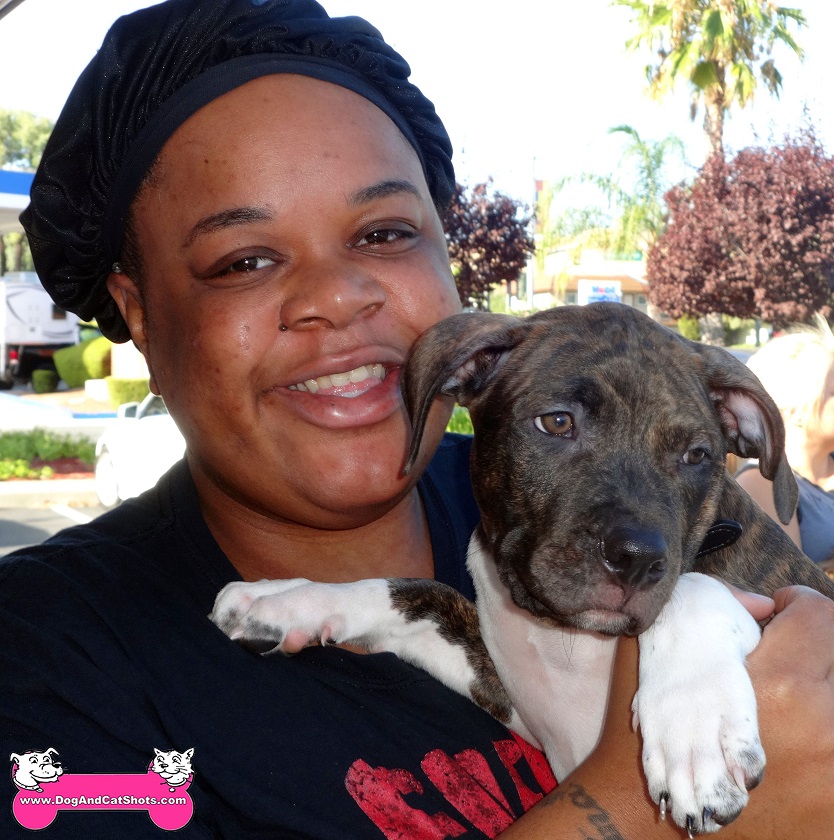