Canelo the mixed breed came to our Manteca clinic

Canelo the mixed breed came to our Manteca clinic

We were at our Manteca pet vaccination clinic where we were visited by Canelo and Canelo’s favorite human. Canelo is a mixed Poodle and Pomeranian and that means hair piled on top of hair because both of these breeds have hair which grows year-round and never sheds. The Pomeranian coat is straight and flowing while the Poodle coat can be either straight or curly and Canelo shows some of both traits. We always say that mixed breed pets can be some of the best and that’s the case because mixing two parental breeds can lead to an offspring which has fewer of the faults and more of the strengths of either parental breed, Temperamentally speaking, the Poodle part of Canelo’s breeding should make him smart, responsive and highly trainable. The Pomeranian part of Canelo’s breeding derives from Spitz dogs of the Arctic North. In the 18th and 19th centuries the smaller Pomeranians were kept as popular house pets and after Queen Victoria had two of them the small Pomeranians began their rapid rise to popularity in both England and The United States. It is likely that Canelo will be smart, co-operative and trainable – and on top of that he looks the part 🙂 – Geoffrey Antipa http:dogandcatshots.com 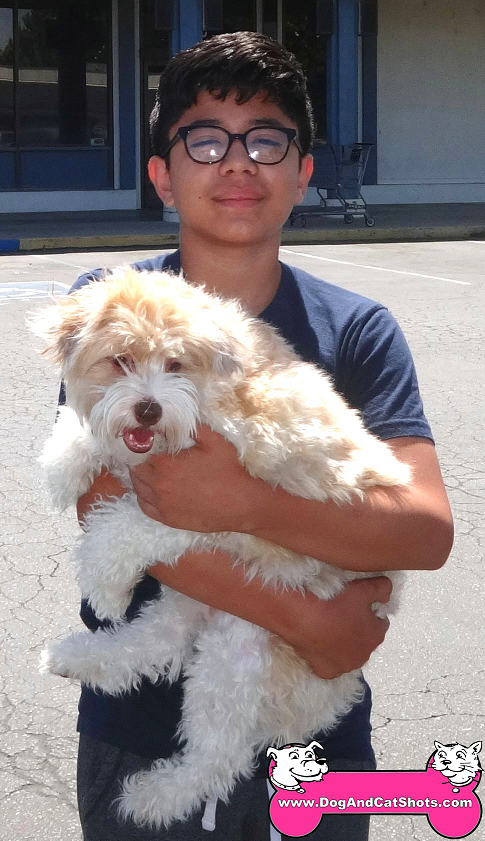