Gypsy the Bulldog came to our Placerville clinic

Gypsy the Bulldog came to our Placerville clinic

All types of dogs and with their humans at http://facebook.com/dogandcatshots

This is the week for Bull-type dogs and Placerville is no exception. Here is Gypsy the French and American Bulldog in the arms of her human and enjoying every minute of it. All Bulldogs have as their origin the Bull Baiting dogs of 18th and 19th century England. From that point, however their histories diverge greatly. The Tiny French and Boston Bulldogs were developed as separate lines and specifically bred for their suitability as companion and house pets. Some Bulldogs continued to serve as hard workers and hunters in the 18th through 20th century American southeast. Also, unfortunately, a few of the Pitbull lines have been kept until recently as sport fighting dogs. And finally there has been a lot of Bulldog breeding just for the sake of perfecting a new look and developing a compatible personality. The newer American Bulldog is one of these latter instances and interestingly Gypsy is a combination of French Bulldog (Frenchy) and American Bulldog. She is a sweet little dog and there is no doubt that with her breeding that she will always be a great companion. Additionally, in the coming months it will be interesting to see what physical form and size she will take. – Geoffrey Antipa http://dogandcatshots.com 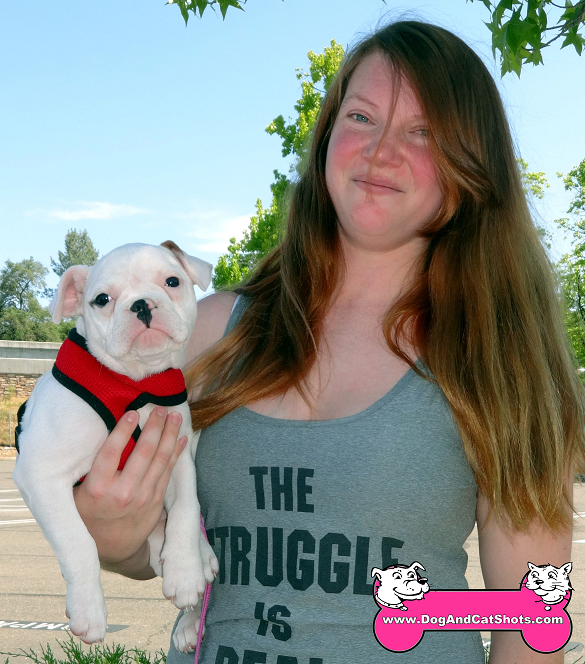