Sugar the Labrador visited us in Carmichael

Sugar the Labrador visited us in Carmichael

Some of the newest and some of the best and most reliable old standby breeds at http://facebook.com/dogandcatshots

Sugar is a Labrador who came with her human to our Carmichael pet vaccination clinic. Everybody knows at least one Lab and everybody knows why they are among the most popular of all the big-dog breeds. Their history dates to the 18th century when the St John’s dog (or Lesser Newfoundland) was used as a general hunting dog and retriever on the islands of Labrador and Newfoundland off the east coast of Canada. After a period of neglect in the early 19th century the breed was almost lost but for the intervention of breeders at the end of the 19th century who revitalized the breeding of the few remaining dogs and developed today’s Labrador Retriever. The Lab as we know it now is an effective retriever for waterfowl as it has an affinity for water, can tolerate cold, is responsive and easily trained and works well as a gun dog. The temperament of the Labrador is consistently gentle, affectionate, co-operative and safe. The breed colors include the original black, golden (which can run to cream and almost white), and the newer chocolate. – Note that the Chocolate Lab is a specific colored dog but is not a separate breed. Additionally the breed is divided into two types; the heavier boned and longer haired English type and the lighter more agile American type. No matter which kind or color of Labrador Retriever one might consider, it is a guarantee that it will be one of the best of all the large sized family dogs. – Geoffrey Antipa http://dogandcatshots.com 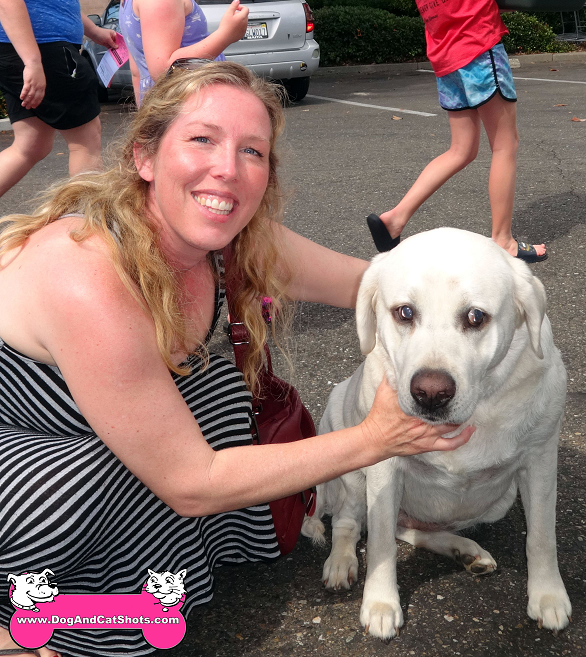