Tiger the Westhighland White Terrier visited us in Tracy

Tiger the Westhighland White Terrier visited us in Tracy

Happy dogs and their happy humans at http://facebook.com/dogandcatshots

Here we are at our Tracy vaccination clinic and we get one of those rare chances to photograph a breed which we love to have around but which are fairly uncommon. Tiger is a Westhighland White Terrier who came along with his favorite human to catch up on his vaccinations. The ‘Westie’ is one of the more active and entertaining of the terrier group and one of the most fun to have around. Developed in Scotland in the 19th century, the Westhighland White name is synonymous with the Roseneath Terrier, very similar to the white Pittenweem Terrier and closely related to the Cairn Terrier and Scottish Terrier. All of these dogs were bred for the purpose of hunting small rodents and date all the way back to the reign of James VI of Scotland in 1600. While these dogs are phenomenally active and driven, they do suffer from a few physical problems. There is a skeletal problem of the jaw called ‘Lion Jaw’ which may severly affect the ability of a young Westie to eat. Additionally there are immunologic problems, skin problems, and genetic neurologic problems. Consequently the average lifespan is only about 11.4 years. Because Westies were working ratters, they have a wide streak of independence, good intelligence and boundless energy. They are probably the most interactive, friendly and entertaining of all the Terriers and dogs like Tiger are always fun to have around our clinic. – Geoffrey Antipa http://dogandcatshots.com 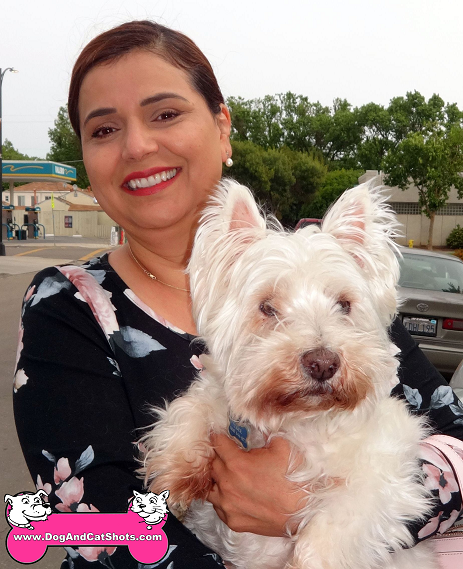