Skyy the Australian Shepherd came to our Fairfield clinic

Skyy the Australian Shepherd came to our Fairfield clinic

See them all including the smartest and most trainable at http://facebook.com/dogandcatshots

Here at our Fairfield and American Canyon vaccination clinic is a picture of Skyy the Australian Shepherd. We see more and more Miniature Australians because they do well indoors and sometimes we forget that dogs like Skyy are the original size of the highty effective working Australian Shepherd. Also, there is a surprise about the naming of the Australian shepherd and that is that the Aussie is not from Australia! They were developed in the US from imported English herding stock and were common herding dogs as early as 1800. The name may derive from the fact that they were often employed in the management and herding of sheep flocks imported from Australia. Today they continue to carry all of the traits for which they were originally bred – intelligence, trainability, speed and energy, and a willingness (bordering on an obsession) to please their owner . . . AND they like to herd anything (animals, people, bicycles, cars) by chasing and nipping at them. Australian Shepherds, like Border Collies seem to be the perfect fit for an owner who has a lot of time for their pet and the inclination to work with the pet. We often see the closest and most attentive relationship between an Australian and its human and this breed is known to excel at many tasks, trials and competitions. – Geoffrey Antipa http://dogandcatshots.com 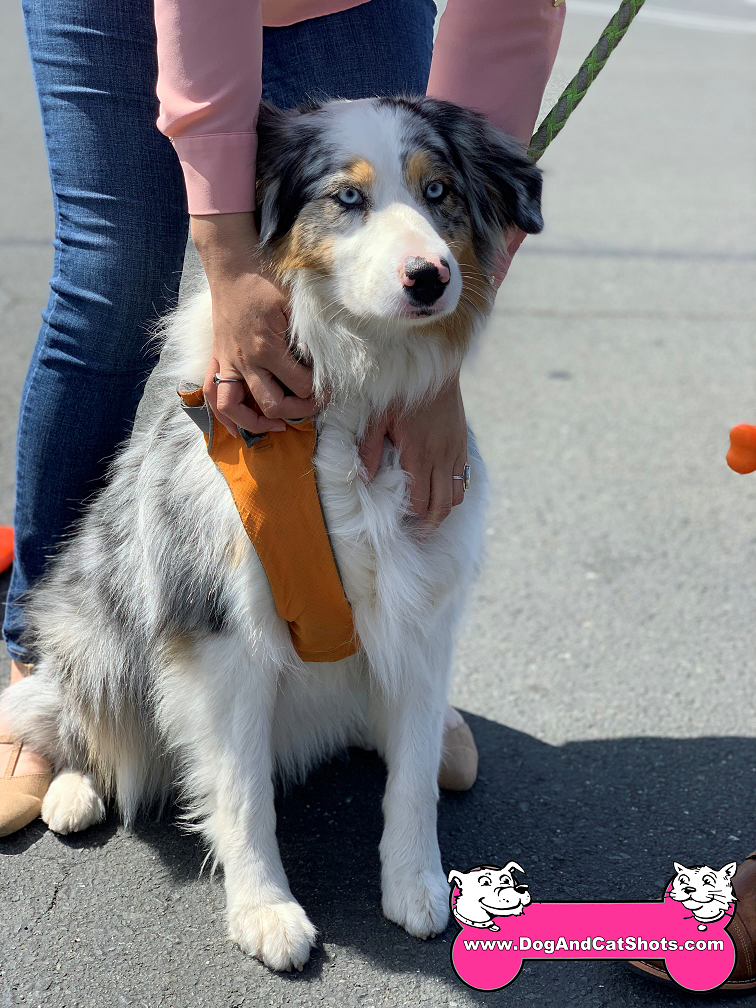