Elliot the Pug visited us in West Sacramento

Elliot the Pug visited us in West Sacramento

Dogs from Big and Tall to Short and Stout at http://facebook.com/dogandcatshots

Here’s Elliot the Chinese Pug at our West Sacramento clinic and in the company of his two very attentive humans. When this picture was taken in April the weather had not changed yet but by the time this post makes it to our Facebook page we will need to be considering how sensitive Pugs are to heat. But first their story: Pugs have a very long history and it has always been a history of close and loving relationship to their owners. They are an ancient breed documented to the 3rd century Han Dynasty of China and first brought from China to Europe in the 16th century. They may have derived from the ancient Molosser types of Greece and Rome and then were carefully bred in China for their small size and agreeable temperament. The Chinese Pug was brought to Europe during the 16th century. The characteristic compact and well muscled body with short muzzle later contributed to the breeding of the English Bull Dog and those Pug characteristics show in all bull-types. Pugs have also been used many times in the history of breeding to cross with pre-existing dogs to create new smaller breeds. Since the late 17th century and the reign of King Charles I the Pug was also crossbred with the original less attractive King Charles Spaniel to produce the forerunner of today’s popular King Charles Spaniel with its smaller size and cuter more shortened head. Remember that Pugs, along with all other brachycephalic breeds, have a limited cooling capacity due to their short face. There is a serious problem with having a brachycephalic breed in the heat of California’s Central Valley and the Pug is the original Brachycephalic dog. All of these breeds with short faces are severely compromised when it comes to staying cool. Their short tongue and short pharynx means they have relatively little area with which to cool themselves when panting. In our experience, the brachcephalic (short faced) breeds whether large or small are at extreme risk of over heating in our increasingly hot summers. This problem can be acute and is not exactly the same problem as dehydration. When a dog is unable to cool itself adequately, even if it is properly hydrated, its body temperature rises and the risk of organ and neurological damage is real and present. Therefore we need to insure that our brachycephalic pets stay in the air conditioned safety of the car when waiting for shots and return directly back home to their air conditioned house where we can insure that they stay cool and keep drinking plenty of water all day long. – Geoffrey Antipa http://dogandcatshots.com 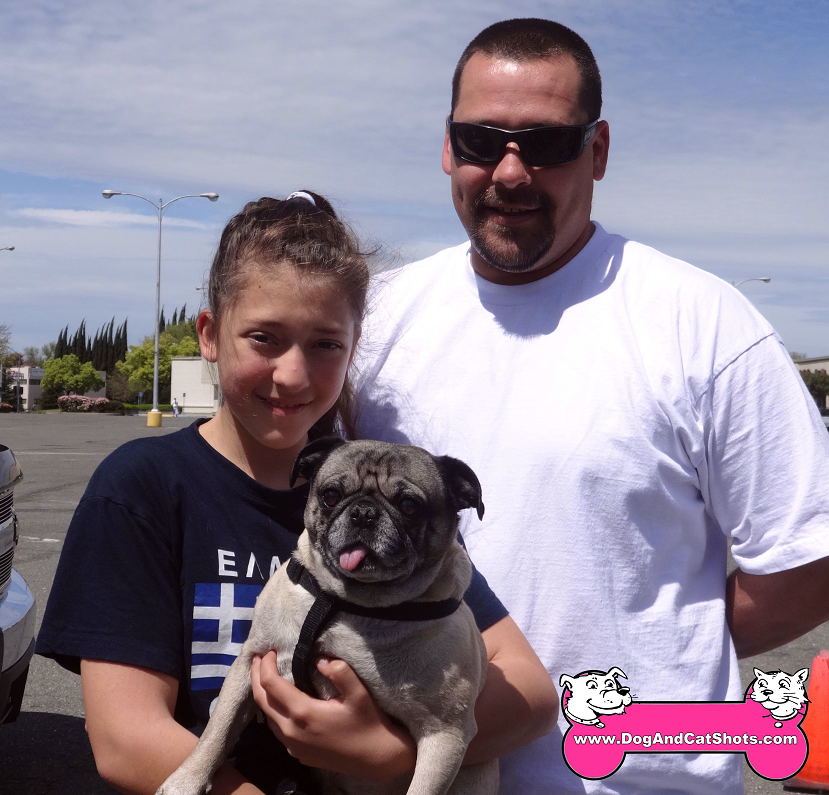