Milo the Maltese Visited us in Lodi

Milo the Maltese Visited us in Lodi

Working dogs and dogs who are there just for the fun of it at http://facebook.com/dogandcatshots

Milo the Maltese packed up his favorite human and came to our Lodi clinic just so he could show us that he’s a perfect example of his breed. Not only is Milo a perfect looking example of his breed appearance, but he’s also a perfect demonstration of the endearing personality common to all Maltese. It’s easy to tell a Maltese from all the other fluffy white Frise-like dogs because the Maltese always has a little black button nose and black eyes making it look like a cute snow-man with mouth and eyes made of coal. The Maltese are a very old breed which may date to more than 500 BC and probably derived from a Spitz type dog and a Tibetan Terrier. The progenitors of today’s Maltese are depicted on ancient pottery and the first written reference is to Canis Meliteaus in the ancient Greek writings of Callimachus from the third century BC and it has been said that his reference was to the island of Malta. They have been favorite pet dogs to Italian nobility and were officially named for the island of Malta in 1905. Maltese are loving, playful, friendly and cute . . . . but their hair never stops growing and they do bark a lot! That means when you get a Maltese, train it early not to yap too much and plan to groom it or clip it and have a lot of fun. This pic of Milo says it all for his breed – Geoffrey Antipa 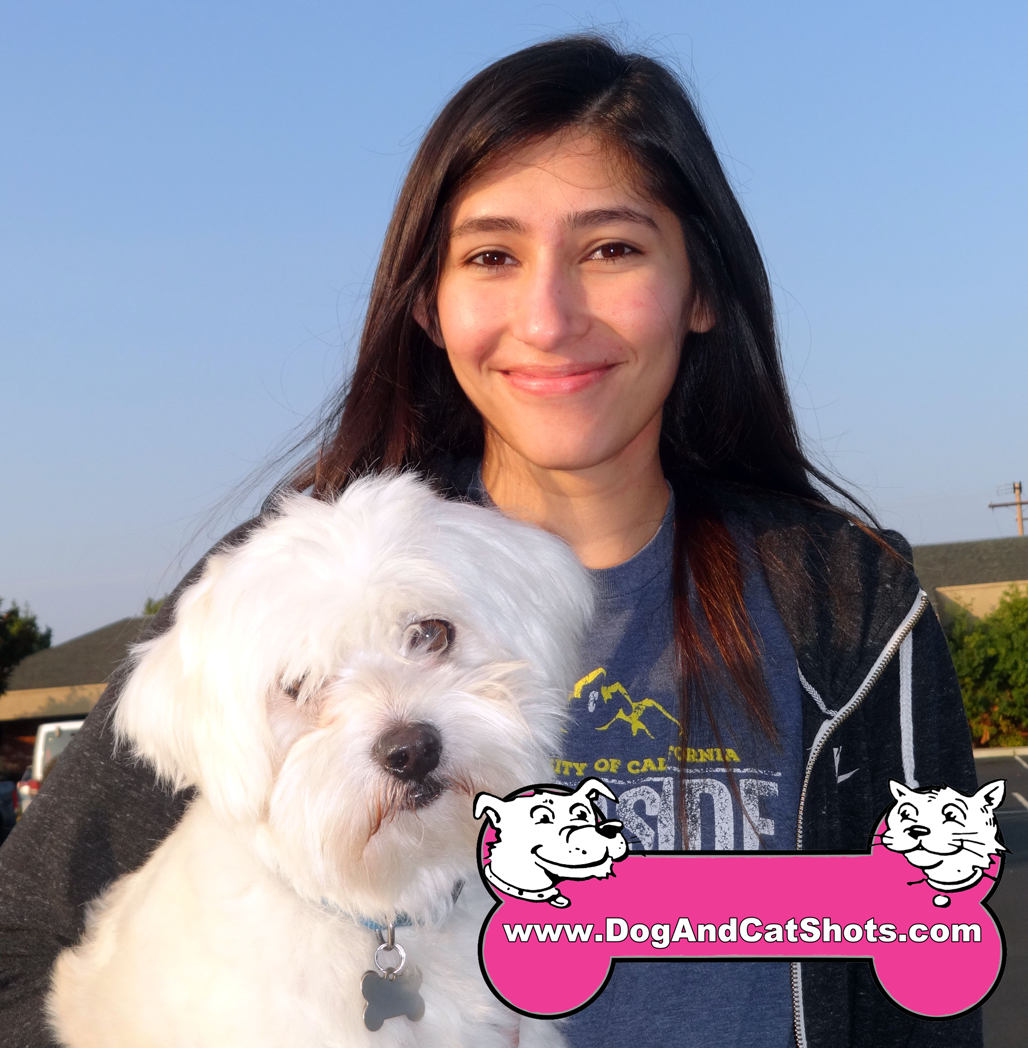