Baxter the Bichon Frise Visited us in Vallejo

Baxter the Bichon Frise Visited us in Vallejo

Working dogs, lap dogs, and everything inbetween at http://facebook.com/dogandcatshots

This great looking Bichon Frise named Baxter and his human came to our Vallejo clinic. Baxter is everything you’d expect from a Bichon: Happy and agreeable, co-operative and loving to his owner – just an all around good breed to have for a friend. THe Bichon has a history dating back to at least the 16th century and the first Bichons were probably Spanish sailing dogs which eventually ran wild in the streets of Barbary (north African coast) and were frequent ‘sidekicks’ to organ grinders and street people. Later during the Napoleonic era they were refined and bred into the gentle lap dogs by the French. THere are four types of Bichon dogs, the Bichon Frise (meaning curly haired) from the island of Tenerife, the Maltese (named for the Mediterranean island of Malta), the Havanese (from Cuba), and the Bolognaise (named for the Italian city of Bologna). All of these dogs share a delightful temperament and a formidable hair coat which needs lots of attention and now we know why sometimes it is so hard to tell some of these breeds apart. – Geoffrey Antipa 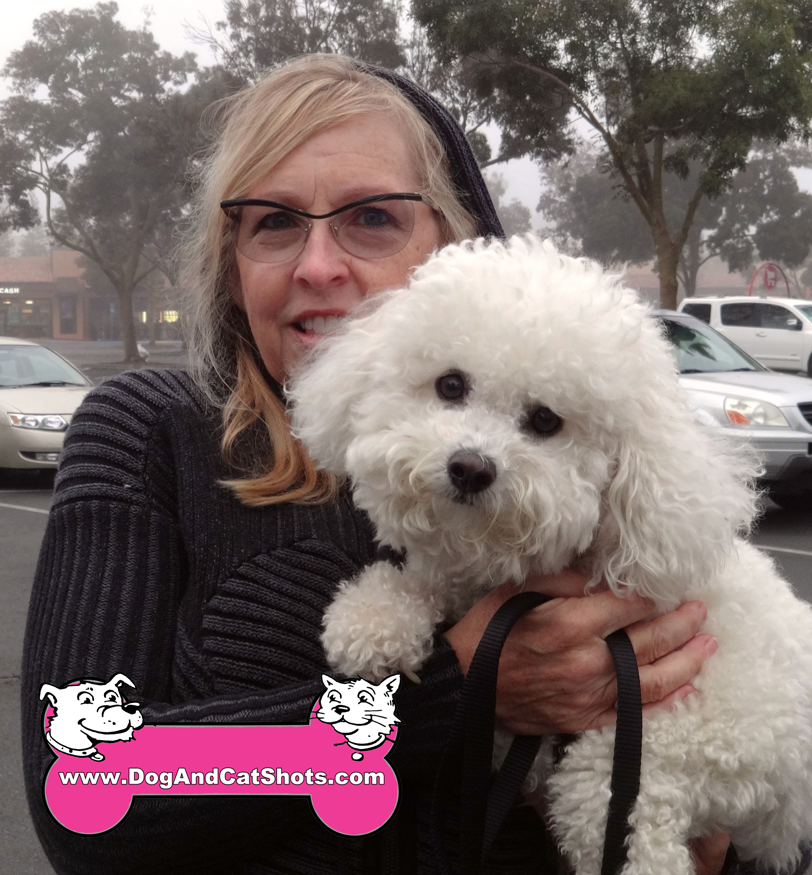