Luka the Golden Doodle Visited us in Antioch

Luka the Golden Doodle Visited us in Antioch

Purebreds, mixed breeds and designer dogs with their humans at http://facebook.com/dogandcatshots

Luka, seen here with her human at our Antioch pet vaccination clinic is one of those rare breeds which can be guaranteed to be the best tempered of all and they never let us down. Luka is what is known as a ‘Designer Dog’ which means that it is a dog of specific mixed breeding but is itself not a recognized breed. Luka happens to be a Goldendoodle which is, of course, a cross between a Golden Labrador and Poodle. Not only can any size poodle be used, but the resultant puppies may resemble either parent and be quite variable in coat and temperament. The Lab parent may impart a straight coat called a ‘hair’ coat while the Poodle parent may impart a wavy coat called ‘fleece’ or a curly coat called ‘wool’. The temperament was intended to include the calmness and caring of the Lab with the intelligence of the Poodle but this is not always a predictable outcome. These dogs were originally intended as guide and service dogs with a hypoallergenic coat and are periodically still bred for that purpose. One predictable trait is affinity for and agility in water as that is characteristic of both parents. Some breeders are breeding Labradoodles back to Labradoodles in an effort to establish standards which may some day lead to a breed recognition. At any rate, in our experience the Golden or Labradoodle mix is always one of the sweetest and most co-operative dogs of all. – Geoffrey Antipa 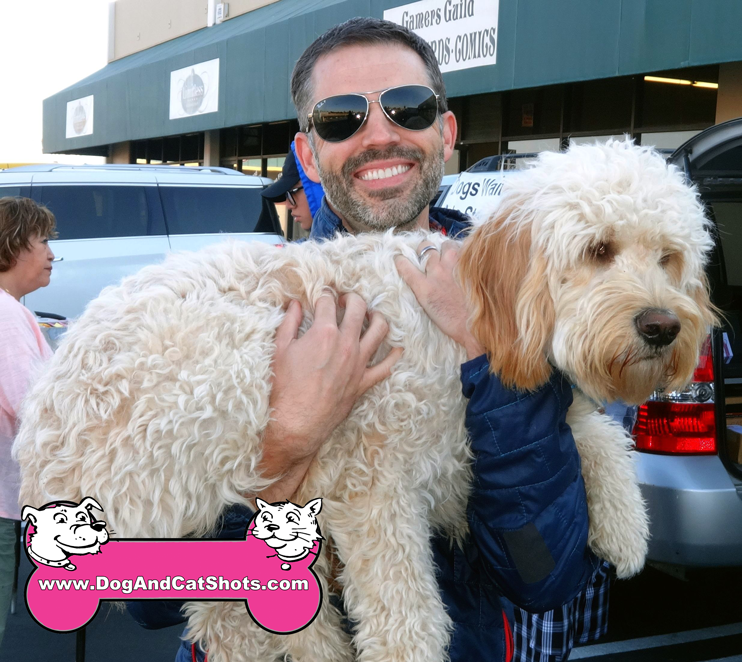